On May 29th in the wake of the murder of George Floyd by a white police officer protests started in downtown Atlanta. Peaceful protests were infiltrated and riots broke out at the CNN Center, across the city, and cities nationwide. That night Killer Mike gave an impassioned speech in which he implored Atlantan's not to burn down the city, but to "Plot, Plan, Strategize, Organize & Mobilize." A sentiment we share.

He ended with two specific call to actions:

(1) fill out your census and be counted

(2) excise your right to vote and hold elected officials accountable

Install two billboards near the CNN Center on the protest routes with complementary messages. 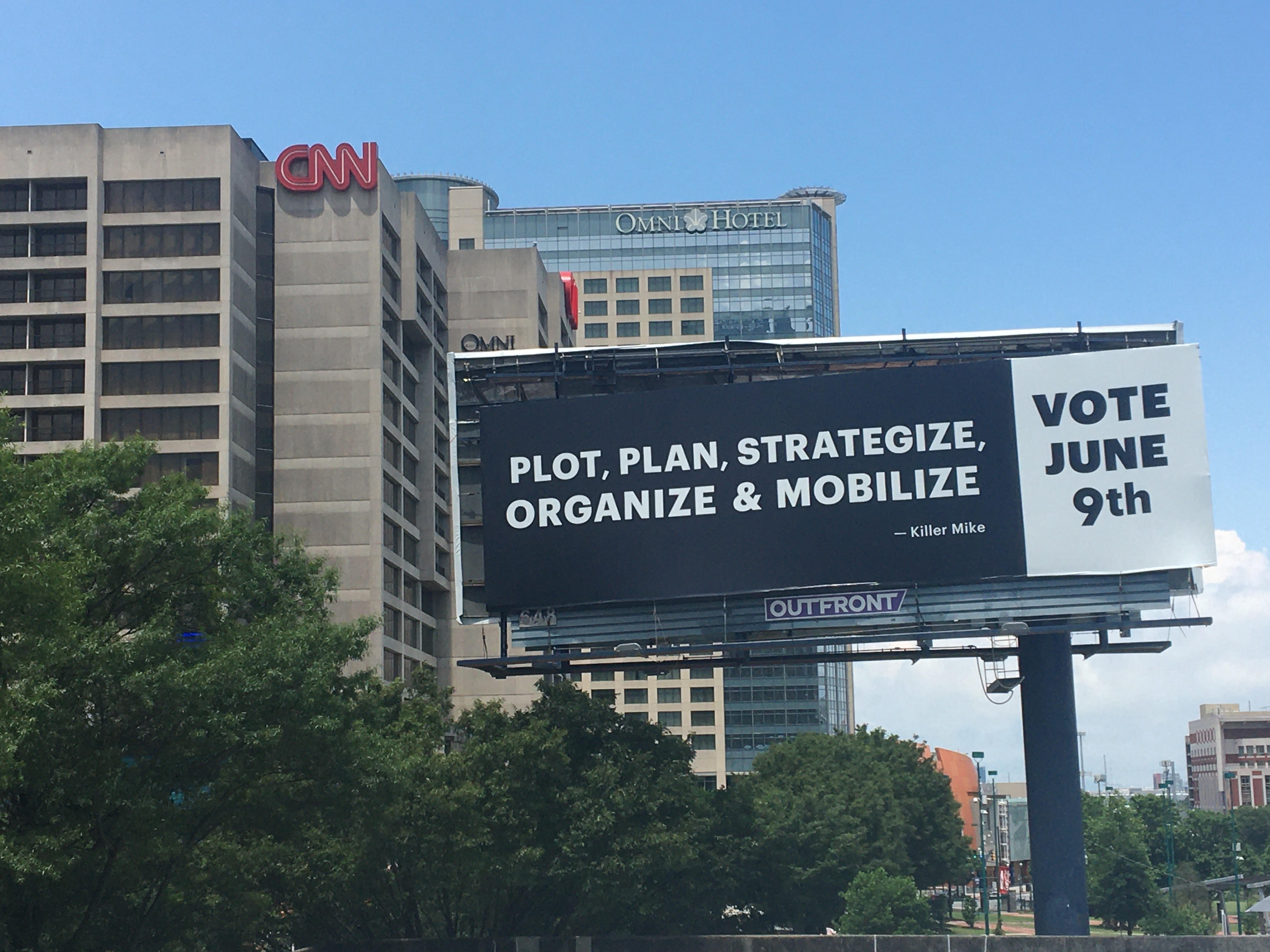 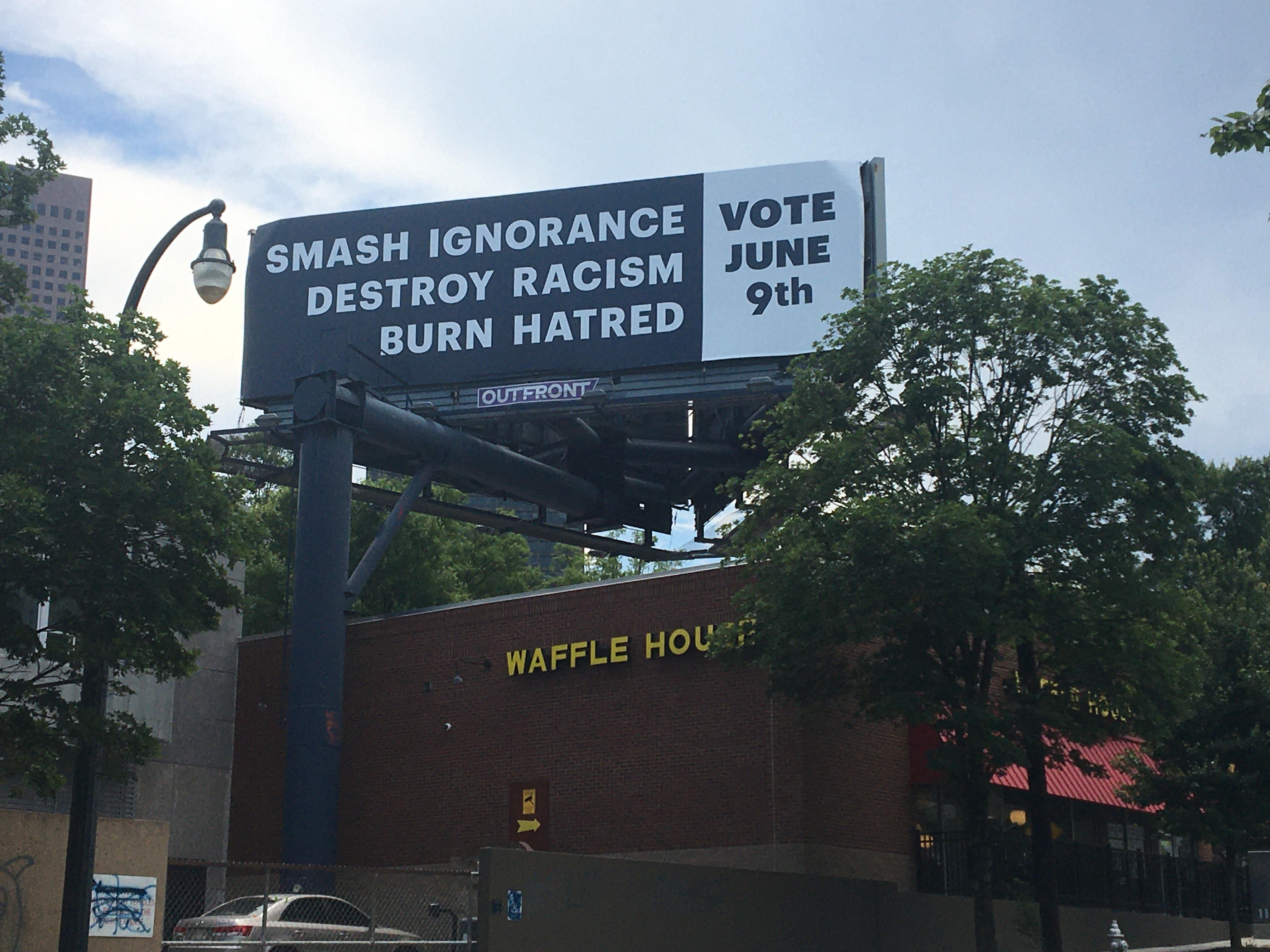 (2) highlight the deception and truth behind the language used to describe the riots. The riots are a direct result of Ignorance, Racism and Hatred that have oppressed black people in the U.S. for hundreds of years. Protestors would prefer to Smash, Destroy and Burn the Ignorance, Racism and Hatred that plague this nation... BUT aren't afforded that liberty and instead turn to symbols of injustice (i.e. police stations & cars, banks, corporations, etc).

"A riot is the language of the unheard" - MLK

Killer Mike's slogan has become a rally cry for the protestors in Atlanta, and beyond. The billboards have served as a reminder to the protestors in downtown that there is an important and immediate election that demands our action.

Photos of the billboards have been shared by celebrities, media outlets, protestors, artists and civic-minded citizens across the world generating millions of impressions. 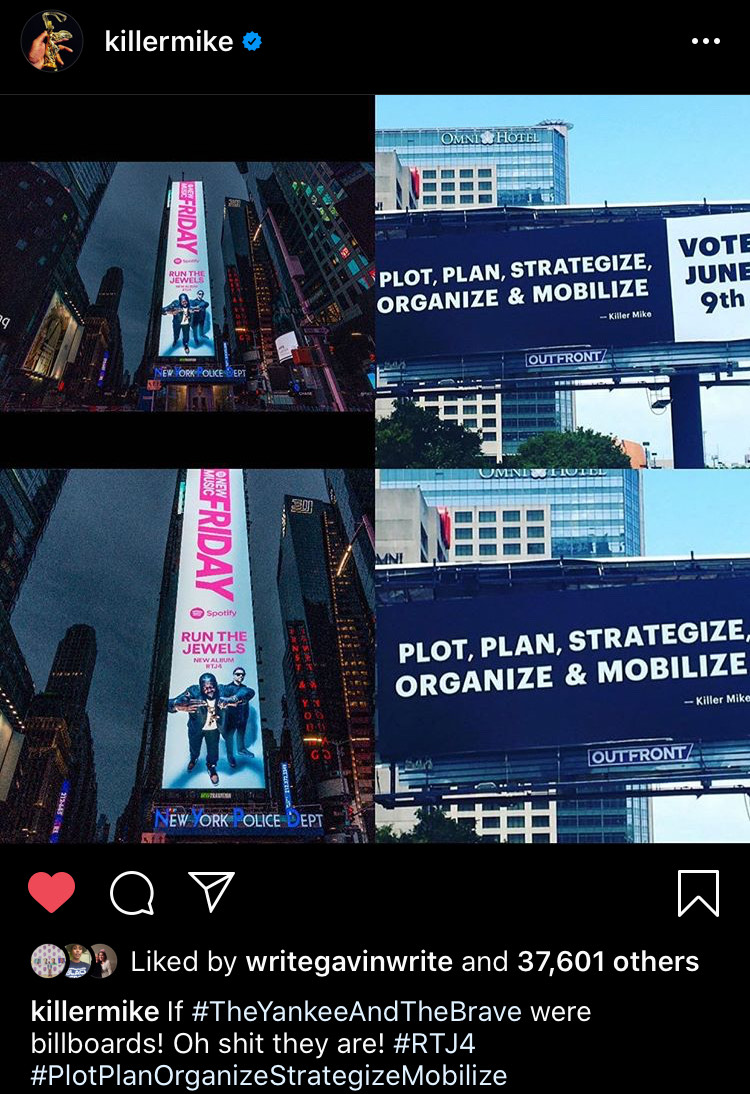 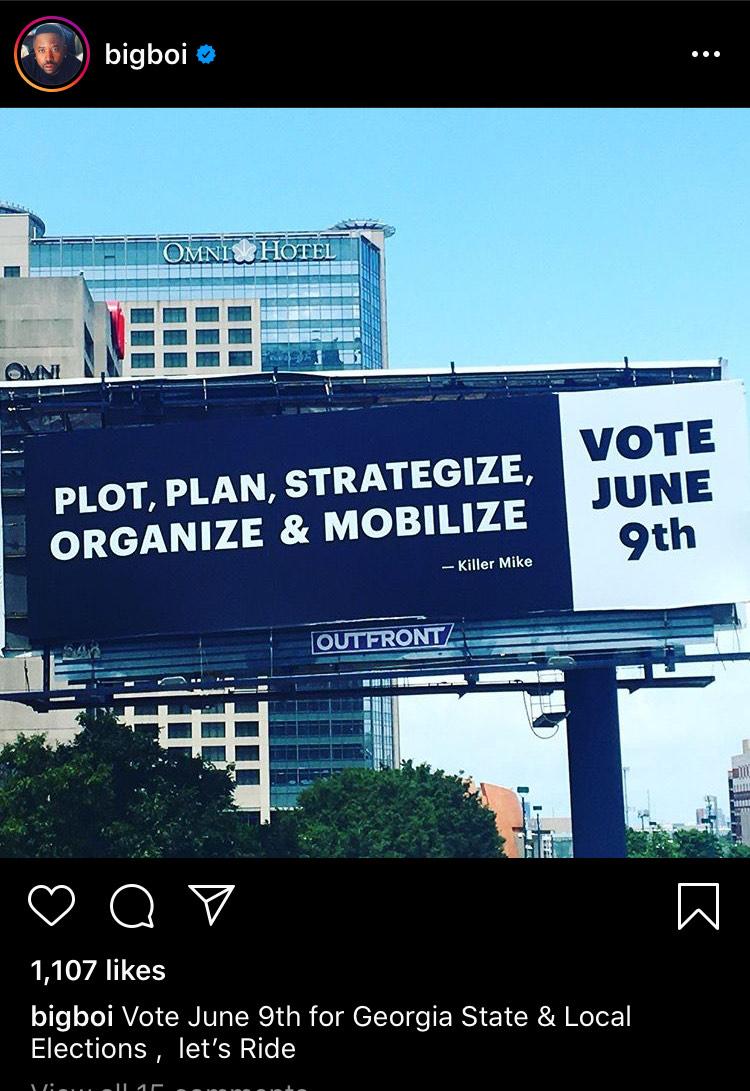 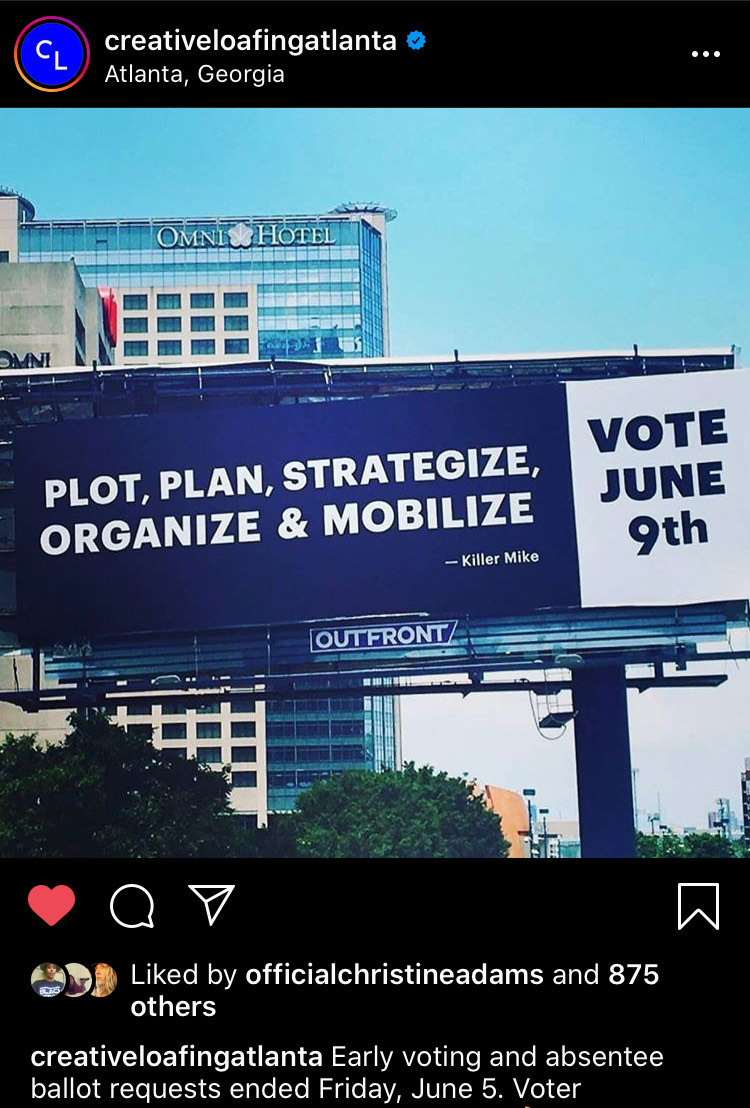